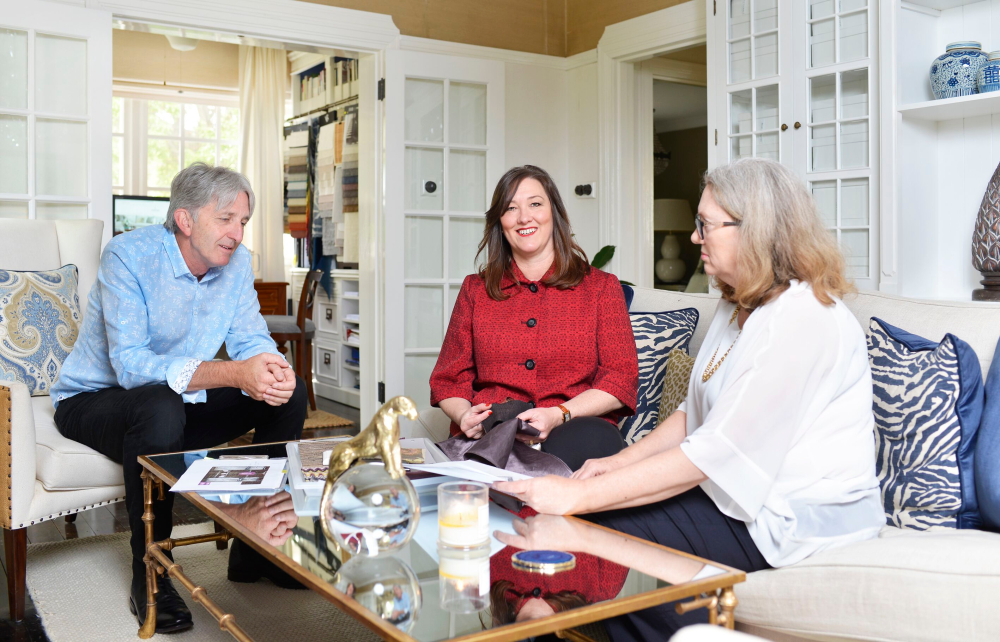 In classic Journey Home style, I have another controversial topic for you today: Money Mindset. If you have ever had thoughts like these, this week’s topic is for you:

“Designers only work with rich people.”

“Having a professionally designed home is beyond my means.”

“People will think I am materialistic for spending money on my home.”

I have heard phrases like these on and off for the last several years, and I used to think them too, back when I was new to the scene many years ago. However, as someone who has since been inside hundreds of people’s homes across the ACT, I can tell you that none of these statements are true.

Now, I’m not here to tell you what you can and can’t afford (that’s personal, of course, and decorating can happen at various price points), but I want you to know that everyone, everyone has an upper limit, regardless of their financial position. It’s really not about the money. I’ve seen two people in very similar financial situations achieve very different results: one of them is still saying “someday I’ll create my dream home” and the other is currently doing it.

What is the difference between them?

I’d argue that it’s the IT FACTOR.

What is the It Factor?

You know the “It Factor”. In general terms, it’s that je ne sais quoi that a person has that draws you to them. It’s not their clothes or their house or their money that attracts you. There is no one personality type that you can say, “I’ve got it! Happy and sociable people have the It Factor”. No, it’s magnetic and elusive and hard to describe.

When it comes to creating your ideal forever home, I would argue that there is a different but similar It Factor. It’s not a limitless decorating budget (that doesn’t exist, I promise you). It’s an innate quality that I can see within minutes of speaking to a potential client…

I have seen that the people who achieve their forever homes are not richer, smarter, or better connected. They have simply made a choice to prioritise their home and quality of life. They are committed to their decision. There are no mindset blocks holding them back, or talks of “someday”.

The difference is that the action-takers have committed to themselves. Have you? If not, I have some ideas and insights that helped me…

Step 1: Uncover Your Mental Blocks & See Them Through 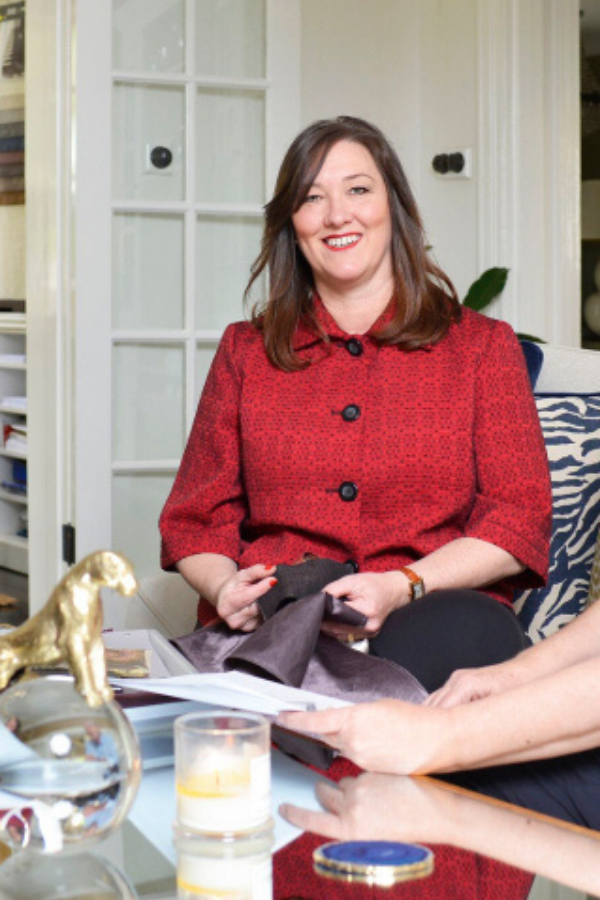 If you wouldn’t call yourself an “action-taker” yet — but you want to be — the first step is changing your mindset. To do that, you have to accept that you do have some kind of mindset already.

Pay attention to the thoughts that enter your mind, like “I’ll renovate my home when I win the lotto”. I know I’ve been guilty of saying it too, but let’s think about that a minute. Then, see that thought through…

We all know that the chance of winning the lotto is close to zero, so saying “when I win the lotto” is like saying never. Just sit with never for a minute… “I am never going to have a beautiful home”. Heavy, right? It feels like giving up, doesn’t it?

Or there is, “I can’t have nice things because I have kids”. Well, eventually they’ll move out, but they will probably come back for holiday, and eventually they’ll have kids of their own and you’ll have grandkids running about, and now it looks like your forever home will be a forever daycare centre, doesn’t it?

When we really pay attention to how we word these statements, we can see which old beliefs are holding us back from action. The next step is to challenge and reframe those beliefs. There are a few ways you can do this…

Cut through the fluff to discover what you REALLY want done around your home.

This planner helps you prioritise your goals and create an action plan to proceed with design confidence.

Step 2: Reframe the Perceived Value of Your Life at Home

If your home is important to you, but money is holding you back, remind yourself of what you have to gain from a home that serves you.

If you have never lived in a completed and decorated home, it is difficult to understand the physically tangible value of living in peace, joy, beauty, and ease every day. Of waking up with a smile, or adopting a new, healthy routine simply because you love being in your space. It literally impacts how you feel every day and your long term health — and that’s not an overstatement.

I have seen this to be true with our clients and in my own home, where my freshly renovated bathroom has inspired a new flossing routine, face washing regimen, and an overall kinder approach to my health. Since renovating my living room, I’m happier and more giving with my family and friends. Coming home from a site visit feels restful instead of stressful. I even sleep better at night.

These all add up to long-term health and happiness, and while it’s true that my husband and I saved up a bit to make it happen, I also believe that it’s difficult to put a price on the quality of life we have now. We’re better for it.

When you think about it like that, does it make it easier to commit to your home? 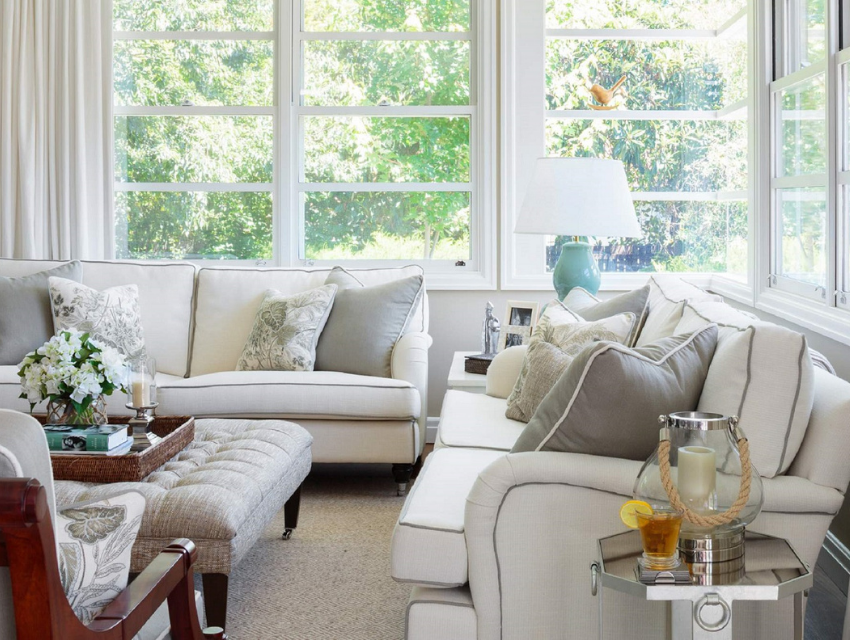 How would your life be different if you didn’t have a dated home making you tired and irritated? If your spaces were designed for the things you love, like relaxing or entertaining? If your mind wasn’t cluttered with household to-dos?

Step 3. Get a Professional’s Perspective

Sometimes, it really does just take a professional with a different perspective to help you get over your mental hurdles and back to making progress on your forever home. As I mentioned in this blog post about Interior Design Myths, 50% of my job is working directly with clients, and a lot of that is helping them decide what is and isn’t in their best interest, based on their goals.

If you’re not sure about getting a Design Consultation, that’s okay. Booking a free 15-minute chat with me can also help you better understand your best next steps or most efficient direction. It’s a risk-free chance to get some insight, and you never know… your forever home might actually be closer than you think.

P.S. Looking for free resources to help you plan your forever home? Here is everything you need.

Have you scooped up our complimentary design resources? 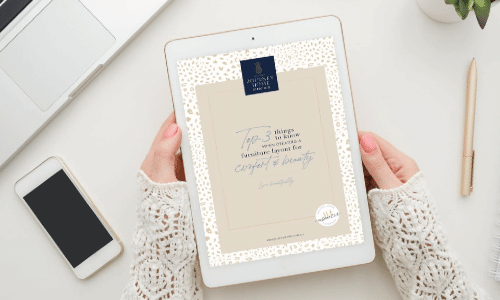 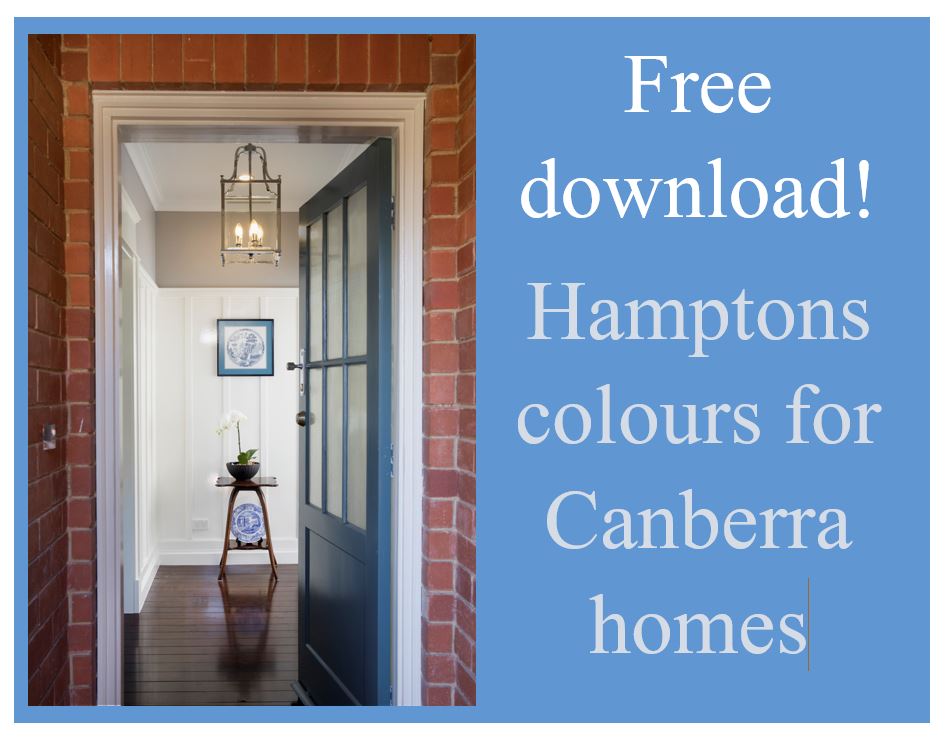 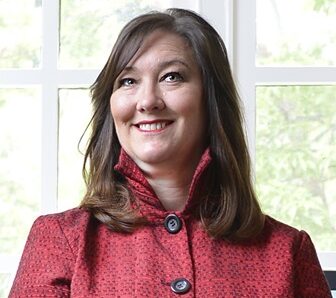 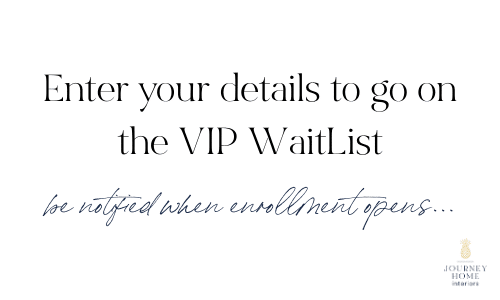